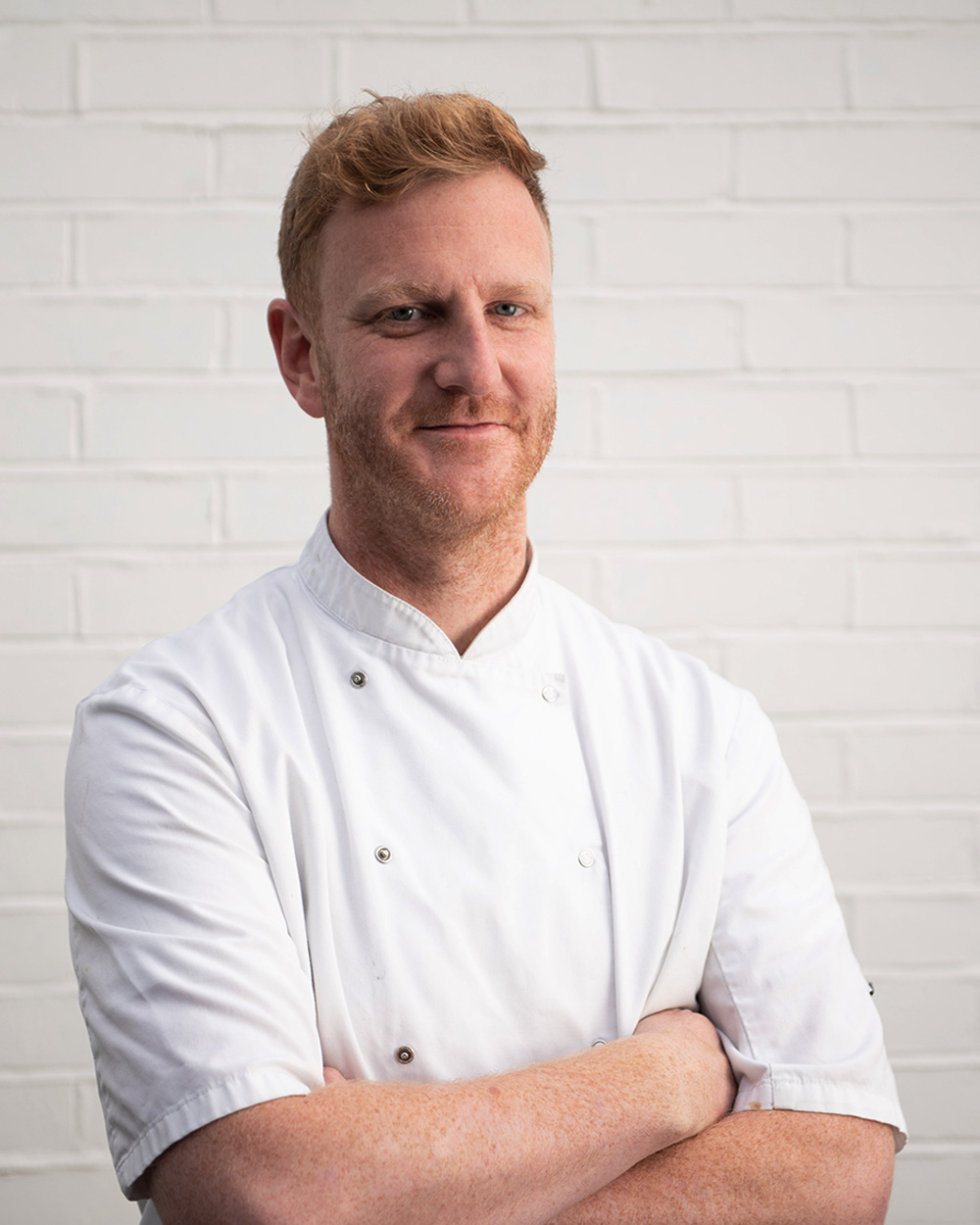 After learning kitchen basics as a pot wash at a Newcastle restaurant, he was accepted on to Claridge’s prestigious apprentice scheme at The Academy of Culinary Arts.

Four years of intensive training later and Jamie took up a chef de partie position under Henry Harris at Hush and Racine before starting a tour of five star London hotels that would make a wealthy widow weep with envy.

He worked at The Berkley, The Connaught and The Savoy, eventually taking up a position at London’s world-renowned Ivy Restaurant in the West End. Jamie worked his was through the ranks at the celebrity haunt, before being appointed opening head chef for The Club at The Ivy, the members only restaurant.

He has since taken up the position of executive chef for Soho’s Groucho Club before handing back his Oyster card and upping sticks to Windsor. As owner of Brucan Pubs and head chef at The Greyhound, Jamie is excited to go back to basics with a simple, pared back menu.

He said: “I’ve had the opportunity to learn the techniques and cooking style of fine dining, but I wanted to use those principles to create a stunning, simple menu. I wanted to allow the humble ingredient to have its place on the plate - without airs and graces and pomp and ceremony.”

Pub culture played a central roll in the community where Jamie grew up in Gateshead, just outside of Newcastle.

He said: “It was always a place where people could come and relax, entertain and celebrate. “I love the idea of being a vessel for that and great food should be at the heart of the whole thing.”

To that end, Jamie is proud to have designed a menu that doesn’t require a translator; all the dishes are well thought through and accessible.

Despite his intensive training and extensive knowledge of fine cuisine, Jamie confesses to an unshakeable love affair with salad cream and to stuffing down the occasional heavily buttered, mash potato and ketchup sandwich during service. But hey, no one’s perfect.

We’d love to keep you up-to-date on our exciting seasonal events, special offers and new dishes. We promise to keep your information safe, never pass it on to 3rd parties and of course you can unsubscribe at anytime.

The Greyhound is part of Brucan Pubs